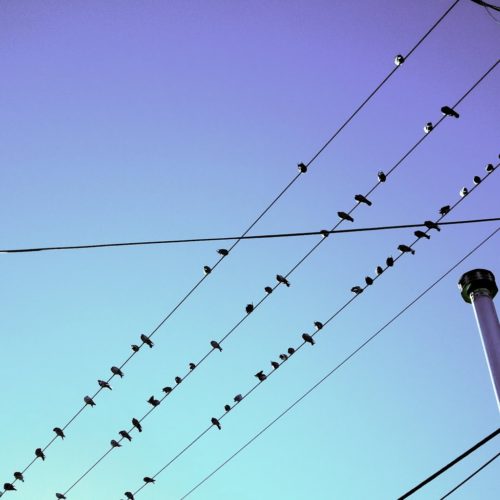 Obviously, I risked a great deal taking this shot. Even Jackson thought it was a bad idea. And he’s not necessarily known first and foremost for prudence. But I’m trying to prove (to myself primarily) that I’ve got what it takes to do this blog, so I didn’t let a fresh coat of white on the sidewalk turn me back. Besides, turns out I’m intrigued by pigeons. And not just because I learned from Anthony Bourdain’s visit to Egypt that they taste surprisingly good if you stuff them and roast them on a spit, but also because they manage to find their way to cities the world over.Urban birds. I respect that. Savvy. Opportunistic. They really found their niche and don’t appear to have a whole lot of competition (at least winged competition). They go where the garbage is. And by my casual count (and I don’t claim to be an expert in birds or arithmetic), their numbers seem only to be increasing as the years roll on. Pigeons are thriving. Good for them.

I will, of course, always associate them with New York, for that is where I first encountered them, as maybe a 4 year old, running full steam into a flock of them in Washington Square. Seeing them later in life in other cities—in Boston, in Atlanta, in London or Paris, even in Bastia (Corsica)—made sense. It’s one way of uniting those centers.

But Santa Fe? How did they find their way here? They had to be pretty committed. They had to cross mountains and plains and deserts. Their route was either really hot or super cold, and no doubt it was mighty dry. I’m not sure how or when or why they made the trip, whether all the birds knew where it was they were heading when they set off. I’m not positive what they were seeking, what beacon they were following. And I’m not sure if they found what it was they were looking for. But I do like that they are here.