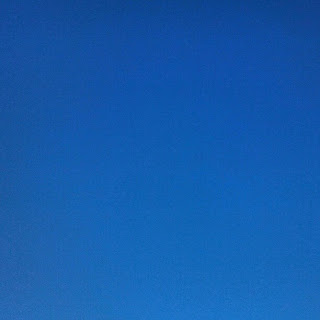 The day dawned this morning as it did yesterday. We (and I’m speaking broadly here) rotated around at the same pace and in the same direction. Eventually, our little plot in New Mexico approached an angle with the sun whereby the clouds above went pink and the trees beside went gold. And then up came that great big sun. Of course, well before any of that happened, my boys were hollering for me. And soon the three of us were in the kitchen, they in in their new matching blue, monogramed and hooded robes, and me in my onesie pajamas bent over looking for our waffle iron.

One thing I’ve learned through this sky series is that the real key to making it work is being up and out and about, eyes open and skyward at all the important times (mostly, though not exclusively, the dawns and the dusks). And the key to that is having two boys to ensure that I am up and out and about, which is a given, considering that they keep roughly the same hours (and habits) that wolves keep.

But truth be told, as I was pouring the malted batter into the greased iron I was just going through the motions. In my mind, I was still in bed, not to rise until somewhere around noon, after which I would wander the streets aimless and unshaven, a bottle of bourbon in my hand, and wearing only a pair of boxers and mismatched socks.
Yes, we’ve reached day 101 of a 100-day series. So what to do? What to do?

There have been quite a few fruitful suggestions that some of you have mailed in for what I should turn to now. I appreciate this, as it assumes that I have nothing else going on but the series, an assumption which I have to assume is a result of the quality of the project.

My boys also have suggested several new series to turn to: 100 stones, 100 pigs, 100 blades of grass, 100 Legos, 100 trains, 100 pancakes, or Jackson’s favorite: 100 100s (“look for the number 100 written somewhere and take a picture of it every day,” said with a tone like I was an idiot for not knowing or having done this one already). Jackson also said I should just make it 1000 skies…”or how about a million skies!” He then asked if I’d be alive for a million skies, and so we did the math and discussed mortality for a while and then whether this was a worthy enough project to pass down along the generations, to be taken on by Jackson after I’m unable to continue, and then finished some 300 generations hence. A burden or a blessing?

For the short term, I still have a small job to do with this series. I realized in going back through the archive at the instagram that I missed a few skies along the way. There is no day 6, for example. Nor, for some reason, was there a day 10. This was not due to any absence of a worthy sky on those days but rather due to faulty math. Indeed, remembering which number I was on proved to be the hardest part of this whole endeavor. The purists (and you know who you are) will no doubt take issue that Day 6 and 10 will appear in the coming days or weeks. But I think that a better solution that having a 100 sky series with only 98 (or maybe even 97) skies. If you disagree, do let me know.

But for now, I partially sign off on this here series, which I took on without a whole lot of forethought but which proved to be a most enriching and inspiring way for me to pass 100 days. I of course will not stop looking up, as I hope you will not either. For as the prospect of the million sky series indicates, there is something much bigger going on here than we can sufficiently imagine or properly appreciate. And we are lucky to be here for as long as we are, taking in as much of that wonder and beauty around and above us as we possibly can.