I have a handful of linguistic pet peeves (see this earlier blog or this one). One of them that I’ve yet to mention here is the use of the world “humbled” by actors, or anyone for that matter, accepting a big award. Receiving an award is not, in my humble opinion, an inherently humbling endeavor. It’s the opposite of humbling in fact. It expands not shrinks the ego. Your pile of chips grows. It’s aggrandizing, lionizing, glorifying.

There are plenty of humbling experiences. Winning an Oscar, however, is just not one of them. Trying my hand at archery was somewhat humbling. Crossword puzzles humble me. It was humbling a couple evenings ago when I couldn’t navigate my way out of the Target parking lot. Attempting to draw a rhinoceros for Jackson was humbling. You get the idea.

Well, a couple nights ago, I was humbled in a deep and serious way. I played a show in Montrose, Colorado. Montrose is a small town with a big heart near Telluride (about 6 hours from Santa Fe). Those 6 hours, by the way, were among the most beautiful hours I’ve ever spent on American roads. While I’m at it, that drive was actually humbling as well—in the sense of feeling overwhelmed by forces and beauty so much greater than you. 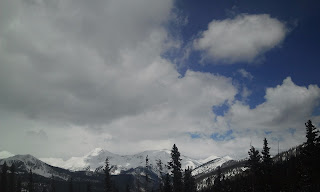 I went there to play a benefit for an organization called Welcome Home Montrose, founded by a lady named Melanie Kline. WHM is dedicated to easing the transition home for wounded veterans and is trying to make Montrose a safe and hospitable town for them to move to. The community of Montrose has rallied behind the organization, donating all sorts of things (like houses, wheelchair-accessible vans, etc.), and Melanie is trying to make the organization and Montrose a model for what communities around the country might do to honor and support returning veterans.

I was asked to play the show because Melanie heard my song “Coming Home,” from my new album The Fire in My Head. The song is about soldiers coming home from war, trying to readjust. And there I was playing it for a room full of soldiers who had fought in Vietnam, Afghanistan, Iraq. Some were older than my parents. Some were younger than me. Nearly everyone in the audience had lived the exact experience I tried to describe in a song, and so I was pretty nervous playing it.

I’m not sure how it was received. The concert overall, I think, was liked. The specific song? I don’t really know. I think that is mainly because I was focused less on what they were feeling toward me and more on what I was feeling toward them, which was a great amount of gratitude. I don’t often play to soldiers. And probably most of the crowds I play to would identify as being anti-war before being pro-soldier. There was something about singing for all these veterans in a town that is that is all about honoring their sacrifices and trying to help them integrate back into society that was really powerful and moving and, well, humbling.

I feel very lucky to get to sing for a living, to have the liberty to mull over feelings and emotions and try to put them into lyric and melody. And from that stage in Montrose I was aware in a way that I am not normally that my ability to do what I do is in no small part thanks to what the people in that room and so many others like them do and have done.

Standing up there, I was humbled. And I think that’s the proper usage.