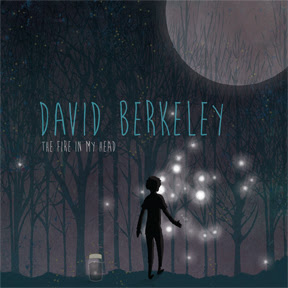 I’ve just released my new album on vinyl, so I wanted to put down a quick word on the medium. We have a record player. (It looks more or less like this.) We bought it for cheap (so can you), and apart from having to throw $9 and a screwdriver at it to change the belt, it’s brought us only joy. And that was before I had an album of my own among our collection (most of which we inherited from Sarah’s grandma Pinky, who amassed an amazing and immaculate and well curated collection of mostly jazz, blues and classical).

Here’s an admission: I never listen to my albums after they’re pressed and printed and have never wanted to. But now that I’ve got this new one on vinyl, I could listen to the baby all day.

Is it because it sounds better? I’m not sure. Hell, I remember when I first got a CD player. That little laser blew my mind. My first CD was Pet Sounds, and those harmonies couldn’t have sounded better to my 13-year-old ears. But now, I say I love the broader frequency range of vinyl. I love the crackle, too. I love the warmth. Moving from cassette to CD was about the opposite trend–getting rid of the warble of tape, the distortion, even some of the warmth. So is vinyl better? I don’t know. So much depends on your speakers. And I’m not about to argue that vinyl through our Crosley built in speakers sound better than a CD played back, say, in a control room like this one. And look, if you record it all digitally and then just press vinyl, is there an actual sonic difference there or just a spiritual one? I’m not sure. There are plenty of smarter men and women than me who have blabbed on about the fidelity of vinyl. (Here’s Neil Young on the topic, and here’s a geeky take on the matter.)

Truth be told, I don’t care so much about the fidelity argument for vinyl, though I don’t mind if you do. In fact, if you do care, let me know. I’d love to hear about it. What I do care about, though, is the spiritual argument. And that’s why I’m writing…it’s also why I can listen to my record all day (admitted overstatement).

Here’s the thing: I spend so much time on the songs I write, toiling over lyrics, deciding where a melody wants to go, figuring out how to sing a line, trying to get smooth on the guitar part…and I haven’t even gotten to the recording process. So then the song comes into the world. And the tide of the times is to produce it on a format that can play out of a phone or something handheld, through crap ass headphones or speakers, which squeeze all the blood and life out of the baby, technologies where it is oh so easy to skip ahead–either just to jump to the hook or to the next track.

I don’t like that. Not at all. Here’s what I like: I like how big vinyl is, how heavy it is, how nice the artwork looks. I like how much it weighs. Imagine how unsatisfying it would be to be a sculptor who chiseled away at a huge chunk of marble for months and months and ended up with a cufflink sized little talisman in the end…or worse just a digital image of the sculpture. Yeah, imagine that.

What I’m saying is that I like how hard it is, how much resistance there is. I like that you need to want to listen to it, to work for it. Because I worked for it. I worked to create it. It should take up space in the world. It shouldn’t be virtual. Writing music for me is everything virtual isn’t. Um…real? It should be at least a little hard. It makes the payoff all the sweeter. In other words, it sounds better. Yes. It sounds better. But I think it’s because of more than sonics. It’s spiritual.

It still amazes me when I hear my voice coming out of these odd speakers after a little needle touches down on a spinning piece of plastic. I’m not sure I’ll get over that. And it reminds me in such a deeper way than hearing my song come up on, say, a pandora playlist of what I felt when I wrote that song, of why I write songs in the first place and of why I want to keep writing songs.